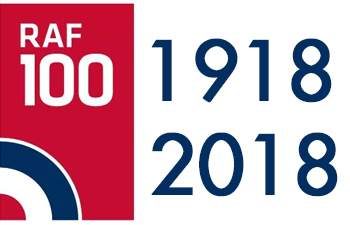 1st April 2018 marks 100 years since the RAF was formed as a separate service to the British Army and the Royal Navy.

Merged from the Royal Flying Corps (RFC) and the Royal Naval Air Service (RNAS), the Royal Air Force was the most powerful air force in the world, with over 23,000 aircraft and 290,000 personnel! They demonstrated their power from the off, by supporting the ground forces over the Western Front.

The 1st April 1918 also welcomed the formation of the WRAF – the Women’s Royal Air Force, which brought together the specialised female workforce from the RNAS and RFC.

There are now many RAF stations where personnel are based, both in the UK and overseas, including RAF Akrotiri (Cyprus), RAF Scampton (Lincolnshire – and home to the Red Arrows), RAF Mount Pleasant (Falklands), RAF Odiham (Hampshire) and the largest RAF station, Brize Norton.

There are many events taking place from now until October to celebrate the RAF’s centenary year, RAF100; a centenary service and parade in London, celebratory Air shows across the country and Edinburgh’s famous annual Military Tattoo has the theme of ‘The Sky’s the Limit’ for 2018, led by the RAF to commemorate this special anniversary for them.

You can find out more about the RAF100 celebrations, and what is happening near you, on their website www.raf.mod.uk/raf100.